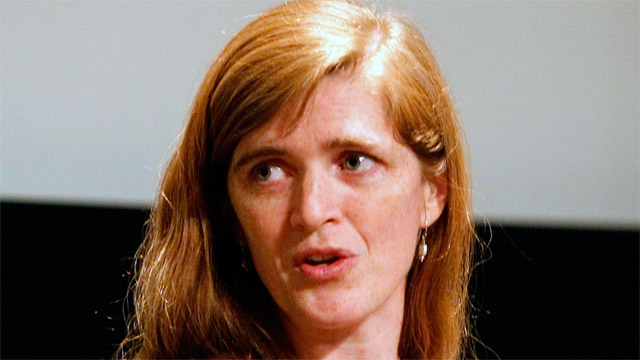 Samantha Power, Biden’s nominee to be Administrator of the United States Agency for International Development (USAID) was confirmed with 19 Republican Senators joining Democrats. Power was involved in the highly controversial unmasking of Trump Advisor during the Presidential Transition of 2016-2017.

Senators who voted IN FAVOR of nominee

Senators who voted AGAINST nominee

**Any Senators left off the list did not vote

“Ms. Power did this in her last days in office. Before the Senate confirms her for a job that Mr. Biden says will include a seat on the National Security Council, she owes the American people a full explanation of what she did during the last presidential transition.”

The Federalist: Powers claimed in 2017 congressional hearing that she did not try to unmask Flynn, but lists shows she did so 7 times

Testified She was Not Involved in Unmasking of Gen. Flynn in 2017

MR. SCHIFF: Well, let me then ask you about, sort of, maybe the
gravamen of how this came about. And I think it came about over a concern about the leaking of Mike Flynn’s name. Now, the White House has publicly acknowledged that they had to let him
go because he didn’t disclose a conversaUon he had with the Russian Ambassador on the subject of sanctions. None of the reports that l’ve seen that will be related to you or you’ll be asked about today concern the conversation with Mike Flynn and the Russian Ambassador. So, to your knowledge, did you ever make… [redacted information].

MS. POWER: I don’t recall making such a request. I want to iust again stress, though, that any time a U.S. person or entity’s name came to nie disclosed or annotated or where I requested it and it came back, I never discussed it with another member of the human race.