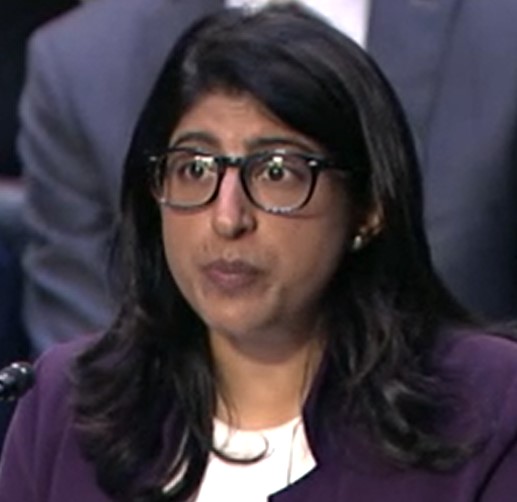 Kalpana Kotagal is Joe Biden’s nominee to be a Member of the Equal Employment Opportunity Commission. This nomination is extremely problematic due to the high level of activism from the nominee and the sensitive nature of the position. Biden and his cronies reveal they will militarize agencies for their radical agenda. From her position, Kotagal will push for social reengineering of our children, businesses, and culture by replacing truth with Critical Race Theory, LGBT victimization, ESG or the destruction of fossil fuels, and other items on the far-left activist agenda.

Research: “Kalpana Kotagal wants to destroy fossil fuels. By doing so, she wants the United States to be completely neutered and dependent on foreign regimes to supply the U.S. with energy. This not only hurts our national security capabilities, but it places Americans in the hands of the Middle East and China to supply electricity to their homes or fuel their cars…Ms. Kotagal makes it clear in her speech that she believes that connecting anti-fossil fuel policies like the Green New Deal with “social justice and equity” (which would be her focus at the EEOC) is “crucial.”