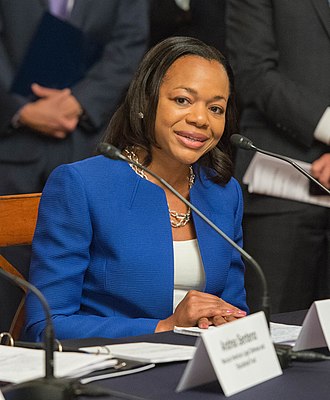 Kristen Clarke supports cop-killers, is anti-police, consorts with bigots, and accuses black single mothers of raising criminals. Not someone fit to lead the Civil Rights Division at the Department of Justice.

Research: In its own independent investigation of Clarke, AAF learned that police reported to Clarke’s Maryland home on six occasions for domestic violence calls. To gain further clarity into the matter, AAF contacted Clarke’s ex-husband, Reginald Avery. As part of ensuring conversations, Avery stated that he had never once been interviewed by the FBI. This fact was confirmed to AAF by Congressional staff.

Newly unearthed emails from the @Columbia Archives obtained by @bidennoms show @KristenClarkeJD , Biden’s pick to head the investigation of Minneapolis PD, sharing articles with her colleagues comparing the police to the KKK. https://t.co/2InrqQpb8d pic.twitter.com/xli4BI9bCD

Clarke Thinks Supporting the Police is Polarizing and Unacceptable 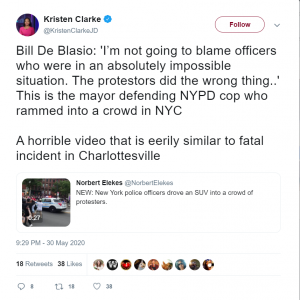 Contradicts Herself on Signature Verification

2005:”voters without documentation[ID] could instead be permitted to use signatures that could be verified later for accuracy” https://t.co/2WWVhQ7CaJ
2020:”Election officials are not signature verification experts” https://t.co/Z4yEYOLXjM

Sen. Ted Cruz to Biden pick Kristen Clarke: “If there is a police officer in Philadelphia or New Jersey … watching this hearing, how are they supposed to react to your nomination… knowing that as a student you participated in a conference celebrating & lionizing cop killers?” pic.twitter.com/HcdN7XVMCZ