President Biden has nominated Chiquita Brooks-LaSure to head the Centers for Medicare and Medicaid Services (CMS). CMS, which is part of the department of Health and Human Services, is the leading administrator of government sponsored health care in the county, importantly the health-care program for the poor, Medicaid.

Before she was nominated to lead CMS, Ms. Brooks-Lasure was the Managing Director for Health at Manatt, Phelps and Phillips, a New York and DC law firm. In that position she has contracted with various states to help them draft plans for expanding government run healthcare.  (As an aside, her work for these states has forced her to recuse herself from working on issues related to three states in her position at CMS.)

Importantly she was helping Nevada, Oregon, and New Mexico devise a public option in the state. Public options are generally seen as a stalking horse for single payer health care. When you dive into her reports you quickly discover that she is using her perch to advocate for providing government health care to illegal aliens, which is largely prohibited with federal funding.

From page 29 of her Oregon report at Manatt:

Uninsured Due to Immigration Status.

Immigrants who are undocumented, or who are unable to access federal subsidies, often find it challenging to access health insurance coverage in and outside of the workplace, since many are in low-wage jobs that may not offer insurance coverage and are ineligible for federal tax credits. This population contributes to the uninsured rate and to uncompensated care for providers. If the state chooses to subsidize coverage for some individuals, extending and subsidizing CCO coverage for those who do not qualify for Medicaid or premium tax credits due to immigration status might be a good option.

She recommended the same idea in Nevada in a report that she released just a few weeks ago:

Policymakers may consider providing state subsidies to lower the cost of either model. Many, including undocumented immigrants or families that fall within the family glitch, may still find reduced PEBP buy-in and state-sponsored public option premiums unaffordable without additional support.

Similarly in the New Mexico report, Brooks-LaSure recommended ways the state could offer healthcare to illegals by navigating around federal requirements: 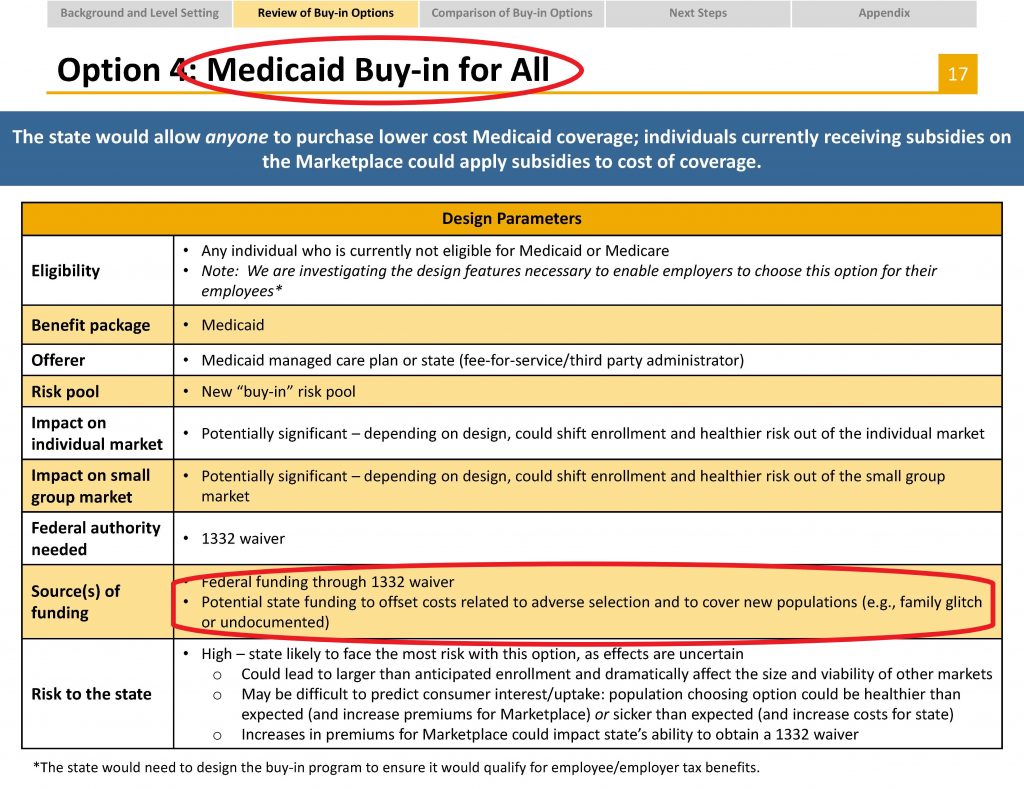 Unfortunately, Brooks-LaSure is likely to bring this same enthusiasm for extending healthcare to illegal aliens to her leadership at the CMS.  Considering the levers that the Biden Administration can pull with executive orders and working with allies on the Hill, we shouldn’t be surprised if they extend government benefits to non-citizens.

The Center for Immigration Studies has estimated that if the Democrats get their way and make all illegal aliens eligible for government funded health care that it would cost the government $23 billion per year, further exploding the debt.

Policy makers shouldn’t be surprised that we have a crisis on our border when liberal Democrats keep outbidding each other on the level of benefits they can provide to people who come to the country illegally.